A SUMMARY OF THE
HONORS' PROJECT
of
JOHN COLEMAN BURROUGHS 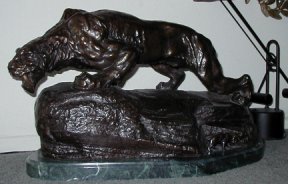